Bad news about the food crisis facing the world as a result of global warming marked the start of 2011. The threat was voiced by the CEO of flour giant PT Bogasari, Franciscus Welirang, on the sidelines of a work-plan meeting for development programming at the JCC in Jakarta recently.
The crisis is a continuation of the disaster in 2010, and will match or exceed the previous crisis in 2008. As an impact of climate change, global food production continued to drop, triggering price hikes, including wheat by 65 percent, corn by 35 percent and soybeans by 30 percent, not to mention the chili pepper prices.

We have understood that global warming is a major cause of heat waves, floods, drought, tropical winds, rising sea levels and the extinction of biodiversity. Global warming also contributes substantially to the increases in the number of diseases and death, especially in countries that lack adaptive capacity, including Indonesia.

As a nation that believes in God, with Muslims making up the majority of the population, Indonesia has begun to build and manifest a theology of global warming and climate change.

The theology suggests that natural resources, especially energy, have limitations (ajalin musamma), as mentioned in the Koran 46:3, 30:8, 22:32 and 13:2. Therefore, these must be managed wisely and sustainable energy conservation must be promoted. 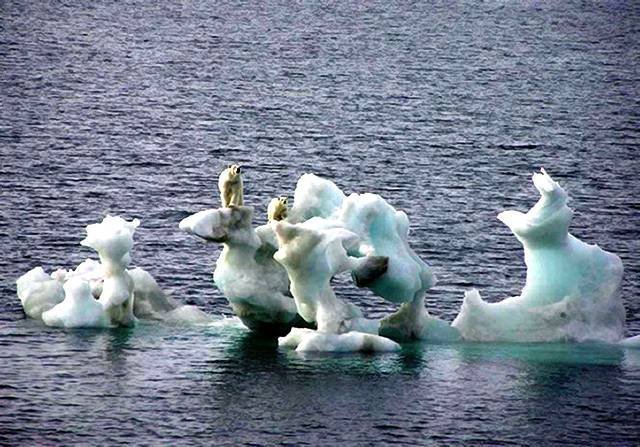 There are at least three principles laying the foundation for this theology. First, the Earth is a place of ideal life, as stated in the Koran 55:10, 7:24 and 7:74. Second, the sky (atmosphere) is a protector of life as quoted in the Koran 2:22 and 21:32. As a material that serves as both a habitat and guardian of life, the Earth and sky should be managed and utilized properly. Arbitrary treatment could potentially destroy life, both directly and indirectly. Third, global warming is anthropogenic, which means it is a result of erroneous human behavior in managing natural resources and the environment.

As we know, fossil-based energy sources such as coal, oil and natural gas have been used as sources of energy and produce huge emissions, such as carbon dioxide, methane, nitrous oxide, and various other toxic gases, into the atmosphere. These various gases are responsible for climate change and global warming, better known as the greenhouse effect. At the same time, deforestation is widespread.

The third principle emphasizes that caring for the Earth and the sky is a religious duty (Koran 7:56 and 28:83) and becomes a prerequisite for realization of the goals of sharia (maqashid shari’ah).

According to the World Health Organization, climate change was responsible for 2.4 percent of diarrheal diseases and 6 percent of malaria infections in low-income countries in 2000. Climate change has also caused 150,000 annual deaths, and will double by 2030.

Islamic boarding schools (pesantren) can play a pivotal role in promoting awareness of climate change among Muslims in the country. There are several reasons why pesantren could be very a important locus in manifesting the theology of global warming.

First, sociologically, pesantren has a community-root base. It is recognized by prominent anthropologist Clifford Geertz, who identified pesantren as one of the sub-cultures of Indonesia. This is related to the existence of pesantren as a main place of socio-cultural community creativity.

There are several things that can be done to encourage active and maximum participation of pesantrens in fighting climate change. First, describe the theology of global warming in greater detail, down to the grammatical rules of everyday behavior about how to be (fiqh) environmentally friendly.

Second, promote local government policies that favor the environment. Third, establish an environmental education curriculum. Fourth, drive an environmentally friendly education community. And fifth, build partnerships with other faith communities in the development of the theology of global warming.

Geographically, hundreds of pesantrens are located in the hills and mountains. This has a great potential for responsible forest conservation activities including, reforestation using renewable energy recourses and conservation, in this case the forest waste-based and micro-hydro electricity.

There are also hundreds of pesantrens situated in coastal areas with abundant sunlight and wind.

These pensatrens can be empowered to use renewable energy technologies such as wind turbine energy, sun-photovoltaic (solar cells) and solar-stirling engines.

The writer is program coordinator of the Research Institute for Sustainable Energy (RISE) of Pesantren and Community Development Association, Jakarta.