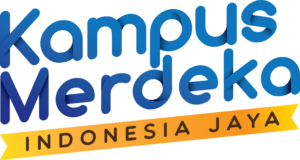 INTEGRATING ISLAM AND THE ENVIRONMENT, EKOPESANTREN PROGRAM LAUNCHED IN JAVA AND SUMATERA.

JAKARTA — The Center for Islamic Studies of Universitas Nasional (PPI-Unas), Jakarta, launched the Ekopesantren Program which aims to integrate Islamic teachings and science related to nature and science into the curriculum and activities in 50 Islamic boarding schools (pondok pesantren) especially in Java and Sumatera islands in Indonesia. The program has support from the Ministry of Religious Affairs of the Republic of Indonesia.

The kick-off launching of the Ekopesantren program was marked by the signing of a memorandum of understanding by the Director of Basic Education and Islamic Boarding School, Waryono Abdul Ghofur, and the Chairman of PPI-UNAS Fachruddin Mangunjaya, at the Cyber Library Auditorium, National University, Wednesday (15/06/2022).

In his opening remarks Waryono Abdul Ghofur said, the signing of the Memorandum of Understanding aims to increase research activities, environmental action, and climate change mitigation, as well as to explore the scientific and religious treasures and organizational Management of environmental collective action, especially in Islamic boarding schools.

“As the oldest educational institution in Indonesia, Islamic boarding schools have a very strategic role to encourage behavior changes in communities, especially in protecting and conserving planet as Allah has said in the Qur’an.” Waryono said

“Ekopesantren program is also part of implementing the sunnah of the Prophet Muhammad SAW, said Fachruddin, that wherever the Muslims are, they will be a blessing to nature and the environment.

In August 2015 the Islamic Declaration on Global Climate Change was issued in Istanbul, Turkey, where one of the mandates of the declaration was to call on all Muslims everywhere to cooperate in efforts to tackle climate change, environmental damage, and loss of biodiversity.

“There are some Islamic boarding schools that have shown achievements in protecting the environment and deserve appreciation, and yet there are also those who have willingness to start and learn. Ekopesantren program was developed to bridge this, and hopefully this program will be the flagship in pushing forward the role of Islamic education not only in Indonesia but also throughout the Moslem world (Muslim World).” said Fachruddin.

Vice Chancellor of the National University for Academic, Student and Alumni Affairs, Suyono Effendi, welcomes this collaboration which is the responsibility of universities as centers for education, research and community service.
He appreciated PPI-UNAS for taking the initiative in developing Ekopesantren Program through support from a grant from the John Templeton Foundation.

Rashid Dar, Program Officer, Culture and Global Perspective, John Templeton also expressed his appreciation, “The Ekopesantren program is an innovation that opens minds and inspires us all, that religion and science are a unit that synergizes to answer various challenges in society.”

Eco-pesantren will be implemented in 50 Islamic boarding schools in Java and Sumatra through education and training activities and webtracking which are tools to measure the capacity of pesantren in building green, independent, and environmentally friendly pesantren resources. 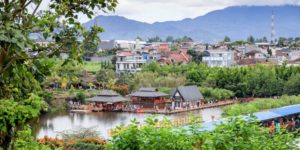 How Boarding Schools Are Building a Greener Islam

Several hours outside of Jakarta, Indonesia, in the city of Bandung, a school called Daarut Tauhid serves as a model for what’s to come. It 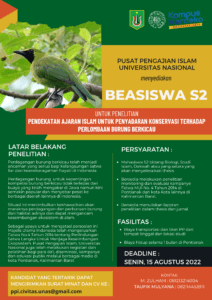 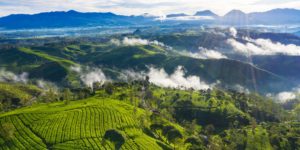