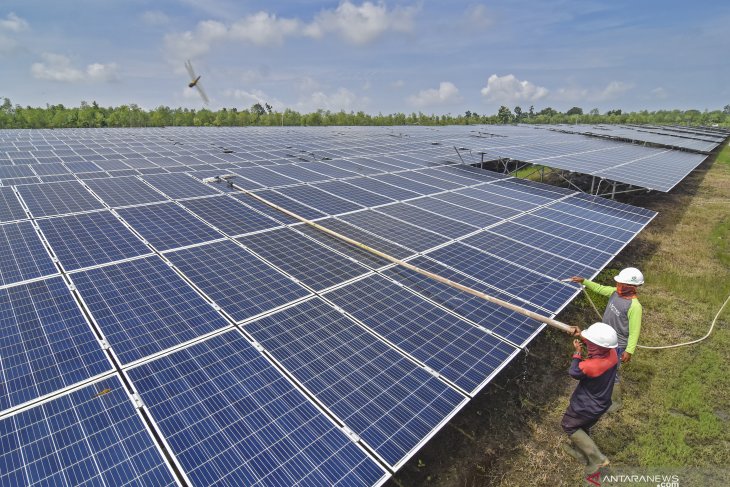 University World News-Indonesia faces various threats of natural disasters caused by climate change and is committed to reducing 29% of its carbon emissions unconditionally, and 41% on condition of receiving international help, by 2030. The commitment was made in the Paris Agreement on climate change in 2015, a binding international treaty that came into force in November 2016.

“That is impossible to achieve by the government only, or the business world only, universities and NGOs [non-governmental organisations] only. We have to work together in one drive,” Jatna Supriatna, senior lecturer at the University of Indonesia (UI) and chair of its Research Center for Climate Change told University World News. “It’s a big task that needs big money,” he added.

Supriatna said Indonesia needed to invest around US$250 billion to prevent climate disasters, according to the 2018 Biennial Update Report of the UN Framework Convention on Climate Change.

The top priority for reducing carbon emissions is switching to renewable energy, he said. “We rely too much on fossil fuel and coal-powered electricity, and the monopoly of the PLN, the State Electricity Company, slows down the shift to renewable energy.”

Students from other universities have been active. Last year, three students of the Semarang-based Diponegoro University, Central Java, invented a wind-generated power plant that does not cause any pollution.

In Aceh, students at Malikussaleh University are helping local Islamic boarding schools to install and use solar cell energy technology. Before, the boarding schools relied on noisy and polluting diesel-powered generators. Now they are self-reliant in energy.

People are ready to shift to renewables

The government has little choice but to go with green energy to fulfil its commitments on climate change as well as its constitutional obligation to provide its people with equal access to energy. However, the business world, in general, shows the slowest response, Supriatna said. “It’s in their nature to look at what is to be gained before investing.”

Local communities are foremost in taking action, Supriatna said. “Once I visited an island in the province of East Nusa Tenggara; all the houses in one village there use solar energy. That amazes me. Not only are they ready to shift to alternative energy. They are doing it already.”

In other areas of the country, he found people using local rivers to turn micro-hydro turbines to generate electricity on a small scale. “Micro-hydro energy brings the local economy to life,” Supriatna said.

The two places he cites are not served by PLN for cost reasons. “PLN cannot afford to serve such remote villages,” he noted. In some areas served by PLN, local people wanted to sell the surplus micro-hydro power to PLN, but the energy company turned them down, he said.

Mangunjaya, who is also an international climate change activist, said although some people have begun to shift to renewable energy, it is still on too small a scale.

“I went to villages in Riau, Sumatra. They built a micro-hydro power plant, but the resulting power and the number of houses served are still very limited. New and renewable energy needs a big push. And it needs big investment,” he told University World News.

Mangunjaya said Indonesia had made significant reductions in carbon emissions mainly because of a forestry and peatland moratorium from 2016 until 2018.

Before the moratorium, 85% of Indonesia’s carbon emissions came from peatlands where the peat had been exposed by forest fires, traditional slash-and-burn farming and illegal logging.

“Universities played a significant role in this achievement. We spread knowledge and information about the risk of peatland exposure to local people,” Mangunjaya said.

“We provide training, mentoring for local khatib [Friday prayer narrator] about the value of peatland. We even publish books of Friday sermons discussing the peat issue. This is important because the majority of the population where peatland is near villages are Muslim.”

In September 2016, with the help of information from Universitas Nasional, the Indonesian Ulema Council issued a fatwa (decree) that causing damage to peatland is a violation of Sharia or Islamic law. The religious decree was followed by mentoring of Friday prayer speakers about peatlands and the publication of a Friday speech guidebook on the value of peatlands.

Mangunjaya said using Friday prayer speakers is more effective for communicating the critical value of peatlands. “People there listen to the imam and khatib, not to academics, activists or politicians. That’s why the fatwa works.” 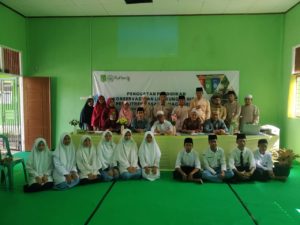